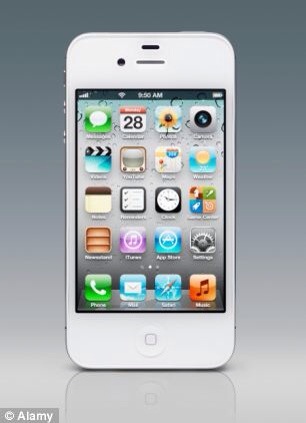 In a recent study, a researcher at the University of Colorado Boulder found no evidence that a California ban on using hand held cellphones while driving decreased the number of traffic accidents in the state in the first six months following the ban.

The findings, published in the journal Transportation Research Part A: Policy and Practice, are surprising given prior research that suggests driving while using a cellphone is risky. For example, past laboratory studies have shown that people who talk on a cellphone while using driving simulators are as impaired as people who are intoxicated.

“If it’s really that dangerous, and if even just a fraction of people stop using their phones, we would expect to find some decrease in accidents,” said Daniel Kaffine, an associate professor of economics at CU-Boulder and an author of the study. “But we didn’t find any statistical evidence of a reduction.”

California enacted its ban on hand-held cellphones on July 1, 2008. For the new study, Kaffine and his co-authors-Nicholas Burger of the RAND Corporation and Bob Yu of the Colorado School of Mines-looked at the number of daily accidents in the six months leading up to the law’s enactment and compared that to the number of accidents in the six months following the ban.

They chose to look a relatively narrow window of time to reduce the number of other variables that might have an impact on accident rates, including the possible introduction of safer cars into the market, an economic recession that leads to a drop in overall driving, or other changes to state traffic laws.

The researchers also corrected their data to account for precipitation, which can cause more accidents; gas prices, which can affect how many vehicles are on the road; and other unobservable factors that may have influenced accidents.

The study was not designed to determine why accidents did not decrease, but there are several possible reasons, Kaffine said. One is that people switched from using hand-held devices to hands-free devices, such as ones with Bluetooth technology. Prior studies in the lab have suggested that both types of devices may be equally distracting.

It’s also possible that people were not complying with the new law, though past studies suggest that cellphone use dropped in other states when bans were enacted.

The reason could also be that the type of people who would drive recklessly using a cellphone are generally prone to distracted driving and would potentially cause accidents by fiddling with things, such as CD players or GPS devices, if they weren’t using their cellphones.

And finally, it’s possible that past studies of the risk of using cellphones while driving overestimate the danger. Since many of these studies were done in the lab, it could be that people perform differently using a driving simulator than they do on a real road.

Determining which, if any, of these reasons may have led to the ineffectiveness of California’s ban could lead to better cellphone policies in the future. For example, if the problem is just that compliance is low, then an increase in fines might be all that’s necessary to decrease accidents.

“Disentangling these effects will be useful for policymakers in other states who are considering policies to address distracted driving,” Kaffine said. “However, our results suggest that simply banning hand-held cellphone use may not produce the desired increase in traffic safety.”

Like Loading...
This entry was posted in IT and tagged cell phones, christopher macgowan, Colorado, Safety. Bookmark the permalink.