Posted on February 9, 2015 by chrismacgowan 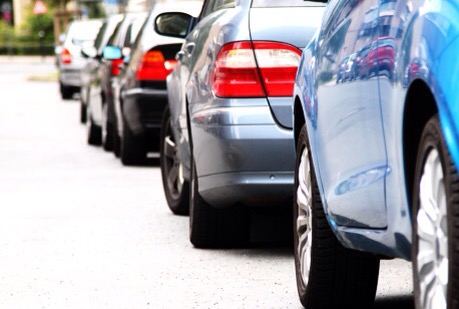 I have been a fan of just-auto for many years with its excellent team headed by Dave Leggett. Today sees another very good editorial and I love the surprise nugget in the last line:

There are significant causes for concern in Europe this morning, which can be tempered a little by some good news in the auto sector.

The concerns are both financial and geopolitical. On the financial front, the situation for Greece is looking a little bleaker. Former US Federal Reserve boss Alan Greenspan popped up in the media at the weekend to offer his view that Greece will have to leave the euro currency. The signs last week were certainly not good: a grand compromise that somehow keeps Greece in the eurozone will be very difficult to arrive at. I’d guess that there will be offers to write-off some of the huge chunk of Greece’s bailout debt, but the creditors can only go so far. It may well not be far enough for a government that has been elected on a clear platform to end the economic pain that Greece is going through. The uncertainties are considerable (extending way beyond Greece) and the money markets will be jittery for a while yet. The underlying need for close economic and political integration for countries in Europe that share a currency has not gone away and remains structurally unresolved. Greece’s crisis shows the disconnect in these things between countries in the eurozone starting to play out.

The geopolitical concerns? That’s the Ukraine. The military conflict taking place there has been rumbling along for many months now. It has not only cost thousands of lives, but it has reawakened fears of a new Cold War and is causing considerable economic damage in both Ukraine and Russia. Automotive companies with plants in Russia will be watching diplomatic moves planned for this week closely and hoping for positive developments that will support a gradual improvement to Russia’s weak economic position.

Putting the above concerns to one side for a moment, the news on the European car market side has actually been quite good lately. The recovery that took hold in 2014 is continuing this year; in fact, January’s car sales totals in Western Europe were a little stronger than expected. It may be a weak recovery and a shallow trajectory that will likely not see a return to 2007’s market level until the end of the decade, but we are seeing a steady recovery of demand in Europe’s car market. Let’s be grateful for that and hope that the outlook for the European economy does not deteriorate this year as result of the big picture concerns described above.

One statistic in the January car market results caught my eye. It’s a national market that has taken a severe battering and eye-catchingly large percentage increases off depleted bases for comparison are to be viewed with caution, of course. But which national market in the Western European totals posted the month’s largest gain – a whopping 47.1% increase? None other than Greece. Let’s hope it’s a good omen for the year.