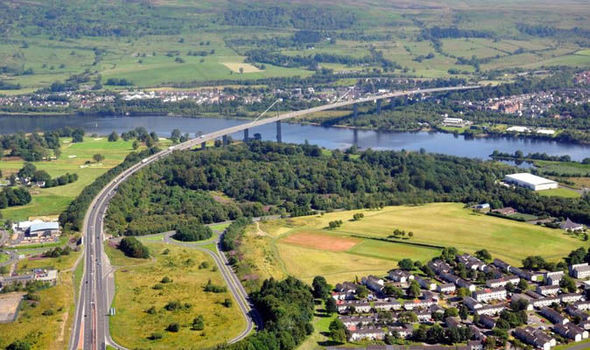 There are several weak bridges on the motorway network on the Fife side of the new Queensferry Cross (Image: NC)

Other substandard bridges include a junction of the M73 and M74 motorways in Lanarkshire, despite the £500million M8/M73/M74 improvement project.

Remarkably, at least 13 of the bridges have been in this condition since 1998 – maybe earlier – and have been waiting for strengthening or replacement since the early years of devolution.

The Morandi Bridge disaster in Genoa has led to urgent reviews of crumbling concrete transport infrastructure in many countries across Europe.

Earlier this year, a report from the RAC Foundation revealed there were 412 substandard bridges on council-maintained roads across Scotland.

Now, following a request from this newspaper, Transport Scotland has provided details of the weak crossings on the trunk road network.