Posted on November 20, 2020 by chrismacgowan

The prime minister has outlined a 10 point plan for a ‘green industrial revolution’ including bringing forward a ban on the sale of new petrol and diesel cars and vans to 2030. 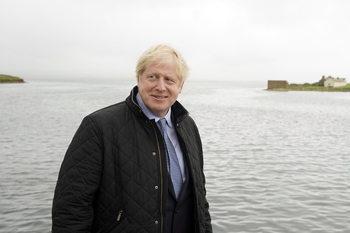 New hybrid cars and vans will be sold until 2035.

‘The plan will mobilise £12bn of government investment to create and support up to 250,000 highly-skilled green jobs in the UK, and spur over three times as much private sector investment by 2030,’ officials said.

With transport now the worst sector for greenhouse gases – accounting for 28% of domestic emissions – the Government has also pledged a wider investment in the electric car network as well as a commitment to active travel.

A £1.3bn fund has been allocated to the rollout of public electric vehicle chargepoints in homes, streets and on motorways across England – although at least £500m of this was already announced in the March Budget.

The Government also appears to have boosted its consumer incentive for those buying ultra-low emission vehicles by £50m, with £582m now allocated for grants up from £532 in March.

There will also be £500m over the next four years for the development and mass-scale production of electric vehicle batteries, as part of an existing £1bn commitment to provide up to boosting the UK’s manufacturing base.

The ten points, which are designed around ‘the UK’s strengths’, are:

Boris Johnson said: ‘Although this year has taken a very different path to the one we expected, I haven’t lost sight of our ambitious plans to level up across the country. My 10 point plan will create, support and protect hundreds of thousands of green jobs, whilst making strides towards net zero by 2050.

‘Our green industrial revolution will be powered by the wind turbines of Scotland and the North East, propelled by the electric vehicles made in the Midlands and advanced by the latest technologies developed in Wales, so we can look ahead to a more prosperous, greener future.’

The Government will also launch a consultation on how to phase out new diesel HGVs, although no date has been set yet.