Posted on November 25, 2020 by chrismacgowan

The chancellor Rishi Sunak used to the 2020 Spending Review to launch a new strategy for UK infrastructure, supported by an infrastructure bank and a place-based ‘levelling up’ fund.

The Government’s comprehensive national infrastructure strategy, released today, will be supported by  £27bn of public funding next year, with the Spending Review 2020 ‘delivering £100bn total investment in 2021-22 to support the recovery’. 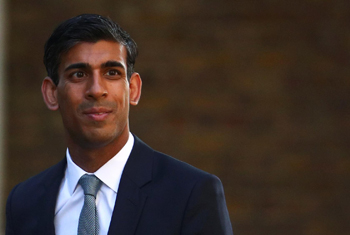 The strategy is based ‘around three central objectives: economic recovery, levelling up and unleashing the potential of the Union, and meeting the UK’s net zero emissions target by 2050’, government officials said.

‘These objectives will be supported by the creation of a new infrastructure bank to catalyse private investment in projects across the UK; as well as through a comprehensive set of reforms to the way infrastructure is delivered.’

Mr Sunak revealed that the bank would be headquartered in the North of England ‘and will work with the private sector to finance major new investment projects across the UK starting this spring’.

The bank will also be able to lend to local and mayoral authorities for key infrastructure projects, and provide them with advice on developing and financing infrastructure.

He also announced a new ‘levelling up’ fund worth £4bn in England and up to £0.8bn for Scotland, Wales and Northern Ireland under the Barnett Formula.

‘It will be open to all local areas in England and prioritise bids to drive growth and regeneration in places in need, those facing particular challenges, and areas that have received less government investment in recent years. The Government will set out further details on how to support levelling up across the UK in the New Year,’ Treasury officials said.

Local areas can bid for up to £20m from the fund, which will be managed jointly between the Treasury, the Department for Transport and the communities department, MHLG.

The chancellor said it would take ‘a new, holistic place-based approach to local areas’.

‘Projects must have real impact, must be delivered in this parliament and they must command local support including from their member of parliament. This is about funding the infrastructure of everyday life, a new bypass, upgraded railway stations, less traffic, new libraries, museums and galleries, better high streets.’

Treasury officials said they were targeting ‘additional investment in areas which will improve the UK’s competitiveness in the long-term, backing new investments in cutting-edge research and clean energy sources of the future’.